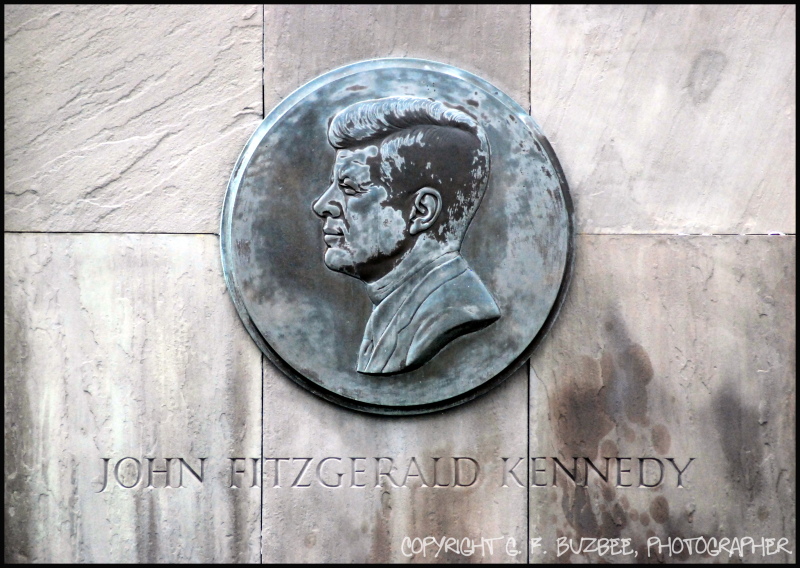 50 years ago today on November 22, 1963, I was a 14 year old 9th grader. But I remember vividly returning to class from lunch period and seeing the television turned on in the teacher's lounge, with a few teachers huddled around it. That TV was never turned on after lunch, so it was a definite clue that something was up.

There were whispers and rumors, but no one knew what was happening until during the next to last class period an announcement was made that the President had been shot. A few minutes later, the terse follow-up report came that he had died. An assassin had killed our President.

At first there was a stunned silence while everyone, students and teachers, just sort of looked around. Then came some sniffles and stricken groans from some of my classmates. Low, nervous laughter, murmurs and a few poorly-placed half-cheers from a very few immature attention-seekers was choked off as suddenly as it erupted. It dawned on even them that this tragic report was in earnest and not a matter for jest.

Class was dismissed a little early that day. I remember it was a cold, rainy November Friday in the New Orleans of my youth. The streets were wet and subdued. We were all witnesses to a piece of history that would forever change us as a generation and as a nation.

A wintry front was blowing its way into town. But to me the chill and the gloom seemed somehow appropriate for the occasion; the near-empty streets a sign.

Took this photograph some years ago during a visit to a particular JFK memorial on Cape Cod. First posted here in 2009.

A date in time that will never be forgotten.

A moving tribute and memorial for this day that went down in history.
My post today is different, but also marks this sad date!

I was 6 weeks shy of my 5th birthday when that happened. I remember my parents and I sitting around the black & white television in the living room watching the ongoing news coverage. I remember my father kept telling me, " Today we are watching history as it happens. Always remember this day." Of course, I did not comprehend the significance of what was hapening, but I have always remembered watching it happen.