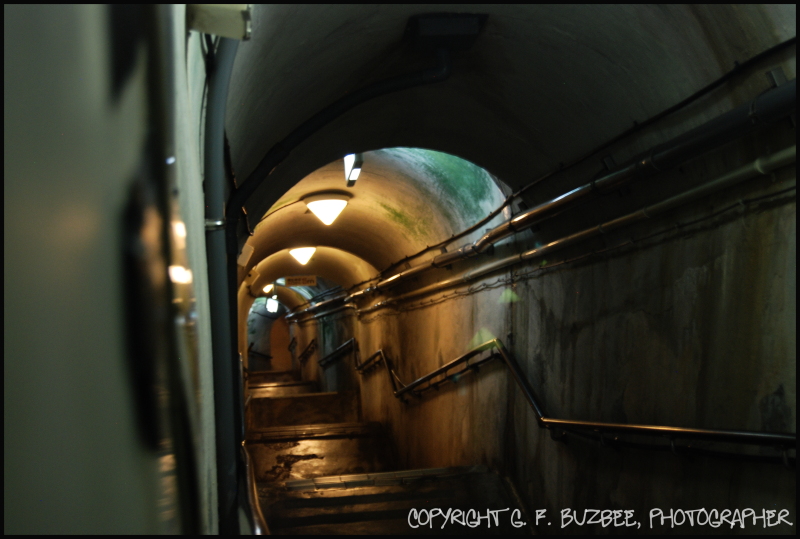 As we followed the tourist path, we found something there that was very sobering and very interesting to these American tourists' eyes and hearts.

We visited a peace park on Okinawa's main island. It had once housed the Imperial Japanese Navy's underground command center, which was finally overrun by the American invasion of Okinawa near the end of World War II.

It contained a set of intricate tunnels and historic displays of photographs, information, and furnishings, meticulously preserved and maintained as a dedicated national peace park.

This downward and dimly lit staircase sort of gives a sense of the general mood down there.

The way you describe the preservation is amazing and the photo does give me the sense of the mood. Do they focus on preservation over the tear down/build new mindset?

Hope all is well on Okinawa!

It looks to be an effort of great determination. Turning it into a peace park is also a determined undertaking. The same is true of Hiroshima's Peace Park.