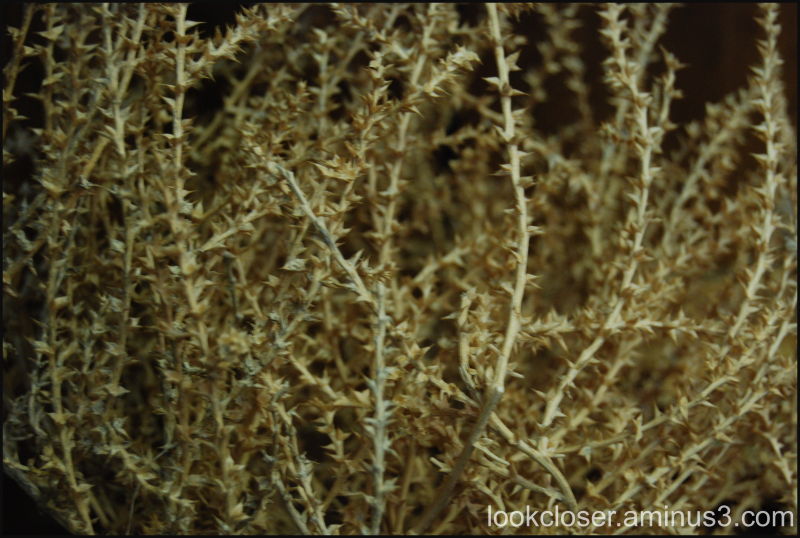 "Then the soldiers of the governor took Jesus into the governor’s headquarters, and they gathered the whole battalion before him. And they stripped him and put a scarlet robe on him, and twisting together a crown of thorns, they put it on his head and put a reed in his right hand. And kneeling before him, they mocked him, saying, "Hail, King of the Jews!" And they spit on him and took the reed and struck him on the head. And when they had mocked him, they stripped him of the robe and put his own clothes on him and led him away to crucify him." (Matthew 27:27-31)

very moving my friend! Wishing you love and blessings this Easter. Big smooch for Dini girl!

Perfect visual statement for the day.

A perfect title, Bible verse and image for today, dear Glenn.
My heart and memories are walking the Via Dolorosa today ... that long, painful walk.
Fortunately for us, we have His promises to hold onto.

Great shot and reminder VF, of what He endured out of love for us. I cannot imagine what He went through on this day, and to think that He did it (while we were still enemies) willingly, out of love, is truly stunning.....

Perfect for today, Glenn. Thank you very much.

An appropriate picture to go with the story!

Powerful, emotional and touching post today. Your image and story go well together.

The slightly out of focus softness of the photo makes it look like it's stepping into a dream, into the past which works with your statement. And making sharp thorns soft is a great touch as well.

Ouch! Looks a little prickly, but I guess appropriate for the day.

Those look so painful! The greatest self-sacrifice one could make for the human race.

I have so many of these over here. I never thought they can actually give such nice composition. Thanks for giving the idea. :-)